When choosing professional services, there exists an old adage that the largest providers are the safe bets. “Nobody ever got fired for hiring IBM” was the well known saying implying that a large company offered at least the reasonable perception of reduced risk over smaller firms. In regards to technology consulting, those advantages may have been real or simply perceived. When choosing commercial real estate advisors however, often the risk increases significantly as the size of the provider firm increases.

There is growing pressure for the commercial real estate industry to adopt the Model Rule of Professional Conduct adopted by the American Bar Association regarding Conflicts of Interest. This rule states specifically, “A concurrent conflict of interest exists if the representation of one client will be directly adverse to another client.” This prevents, for example, a law firm from representing a tenant in a real estate transaction and also representing the landlord.

An example of this adverse interest would be if a real estate firm represented both a landlord and a tenant in the same market. Doing so would put pressure on the firm to favor the interests of the most valuable client. In fact, the firm doesn’t have to even necessarily represent both parties for the conflict to exist. The other party might simply be a prospect for the firm. It is well known that institutional landlords often award lucrative listing agreements to the commercial real estate firm that brings the most traffic through their buildings. This would put pressure on the firm to steer tenants through those buildings most likely to award them such contracts. Worse, these firms that represent corporate tenants not only represent adversely motivated property owners, they may even have undisclosed ownership interests in the very properties being presented for consideration. Indeed, the two largest U.S. commercial brokerage firms were recently identified as also being in the Top 10 Largest U.S. Office Owners. Is their fiduciary to their tenant clients, or their shareholders?

Unfortunately, these exact scenarios are quite common in commercial real estate and there is no governing body similar to the American Bar Association to define and enforce professional ethical standards. While the real estate firms might contend that they “manage” the conflicts or construct a Chinese wall, why take the risk? The new FASB ASC 842 Lease accounting adds an additional layer of responsibility for a CFO to avoid such conflict as discussed in a recent article in the Huffington Post.

Fidelity recently learned this lesson the hard way when they were sued over their use of a Big 5 commercial brokerage firm with a potential conflict. In December 2016, the California Supreme Court upheld a ruling that CB violated the responsibilities of dual agency to provide undivided loyalty, confidentiality and counseling to both parties in a real estate transaction. Although the case was regarding a purchase transaction, the principles apply to commercial leasing as well and highlight the inherent obstacle to representing the interests of opposing parties, and the risk involved for those who put their faith in firms with potential conflicts. It is likely that this case will become the basis for similar suits whenever a tenant is adversely affected in a dual agency transaction.

There is a simple solution for a corporate office user to minimize this risk with their transactions: Get a No Conflict Assurance Statement from your real estate service provider that warrants that they do not and will not represent potential landlords within a 20 mile (or as appropriate) radius of any properties under consideration during their engagement or within one year after completion. Make sure that it applies to the entire company and not just a subsidiary or local branch, as most major firms are sophisticated enough to have independent entities acting as property owners or representing them. Hold them to the same standards as your corporate legal counsel. In the past, these conflicts were often ignored based on the “larger is better mentality” or personal relationships.

Don’t play Russian Roulette with your real estate advisor. It’s just not worth the risk. 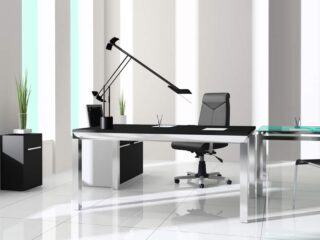 What’s a Renewal Option Worth? 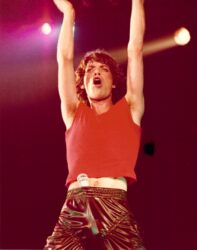